Another Reason to Root for Clemson 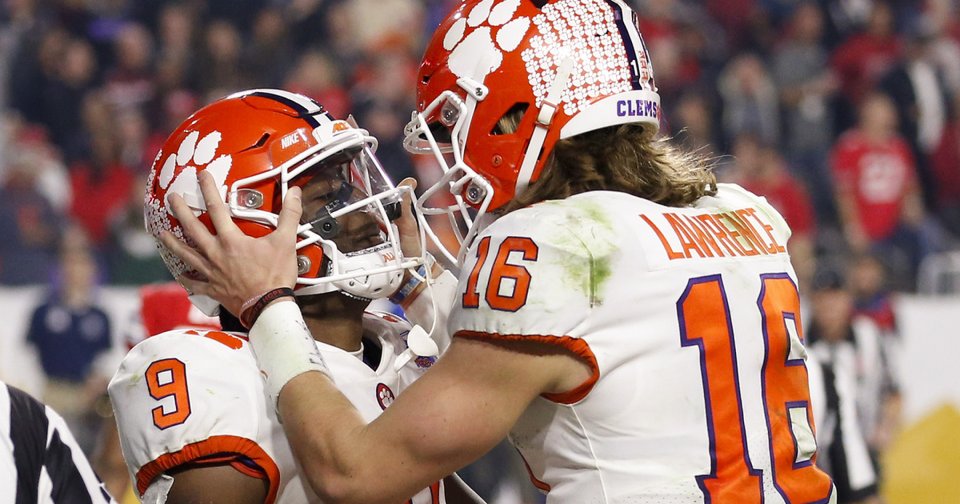 JAN 7, 2020 - OU's 47-game winning streak hasn't been approached, but Clemson could change that

Takes nothing extra to pull for Clemson. But I certainly like this possibility being on the table!

I’m pretty much always going to pull for the Orange team when all else is equal. Coach O seems like an awesome real life version of the Cajun coach character in Waterboy, so that’s fun. I like Joe Burrow ok. I also respect Dabo and Lawrence. So… yell for the Orange ones.

No way. I want LSU to drum Clemson by 30. That’s the better scenario for Oklahoma St. should be what all of our fans want.

I tend to think I am tuned in to what is good for OSU, but I am not following the logic here. Just because of the semifinal blowout?

Yes. If they only embarrass OU many people will see that as a black eye on the B12 and further bring a negative stigma to the entire conference (real or not). However if they go out and drum Clemson then it help the argument slightly that LSU is just THAT good. As funny as it is to watch OU fans have a meltdown every CFBP when their team gets slapped, it has been making it worse for a year like next year where the possibility of having a team like OKST fighting for a playoff spot with one loss. The argument will be made by some that if the “blue blood” of the conference keeps getting drummed why would OSU or TCU or whoever do any better? I’m not saying it’s correct, but it’s there nonetheless. Did I explain that ok?

Yep. Very fair argument. It came to me after I started my reply but you elaborated it perfectly. Only problem for me is that Clemson is the only good non-OSU program that I like (maybe Boise State too).

Can’t disagree with your logic, but orange>yellow. Every. Time.

My logic is undeniable in evil iRobot voice

Here’s the thing. Intellectually, I know that OU being better in the Playoff would ultimately help OSU. I just…can’t not absolutely adore watching them being beaten like a half dozen eggs every single year.

Root for Clemson? Maybe, but I have four words for you, Joe Burrow and Go Tigahs.

I’m cheering for LSU because I love LSU and south Louisiana.