Boynton's Relentless Pursuit of Relationship Lands Him No. 1 Player in the Country ... Again

Cade Cunningham is staying. Another W for Mike Boynton.

With the current university plans in place, I’m curious to see if they allow fans at all. So this is the question: would you rather (1) fill GIA but the season get’s cancelled before Big12 play or (2) not step a foot in GIA to guarantee a full season?

This is an example of how positive things come from being able to endear to your players. How you caring for them, having empathy etc leads to players paying you back with loyalty.

Mike Gundy should give Mike Boynton half of his five million dollar salary to do this part of the job for him since Gundy has proved he is incapable of it.

I assume you talking about mike but that can’t be further from the truth Kato. Mike gets guys to come back every year that should go pro. Even yours truly Chuba. Rudolph, James Washington ext. quit painting false pictures!

Chuba has painted a false picture weather he meant to or not that our university is racist! Enough with this! Gundy runs one the best programs in the country! How many kids get kicked off the team for violence against women, or positive drug test, or gun violence, or rape!!! I love coach Boynton to death and I will ride along side of him Till the end but he has had more turnover in two years than Gundy in 10 years!!! Facts are facts and we as people and the country need to point out lies when we see them and call people out and hold them accountable when they do so. All this crap is, is left wing Democrats that are brain washing People into thinking that all Republicans are racist. The word racist to far left and now even regular democrats that if someone dosent go along with their beliefs is called racism. If you love this country and want to keep your rights as Americans and have laws that protect you then you don’t want to follow or vote democrat. The left party is praying on blacks and minorities for their gain in office for along time now and if you don’t follow politics enough to understand that then you have just got you information from the wrong source. I am pro life and believe in god and America and also equality! Yes I’m a republican!!!

The reality is, Jeff16 you cannot decide how black players feel relative to whether there is some level of racism in the system or with individuals. I think Chuba has said many times he is not trying to be political but trying to make his experience and that of his fellow team members positive. I don’t think its asking for a lot. All we know so far is that Gundy has not invested in any relationships with the players. This is from what has been reported on this site and comments from past players. Now as you have correctly pointed out, major players have comeback forgoing the NFL under Gundy. Although we give MG credit, is it really him or others around him that have made that happen although MG should get credit for the overall system/culture. If we do give him all the credit for players coming back including Chuba and Tylan, then when the top players make a big noise and say they will boycott all OkState related things without change, the blame also has to go to MG as the head man. Something has to be wrong for that to happen and you cannot just jump on democrats vs republicans ideology and propaganda as to the reason behind all that.

The point about Boynton is that he has invested in the players albeit it is easier to do from a numbers perspective. That is not about colour or racism or political affiliations. If you know someone really well, you tend not to get offended by their political views that are different to yours. I have friends, colleagues and family who have different political views to that of mine but those do not get in the way of our respective relationships.

I think you missed the point Kato. But please enlighten us as to what is wrong within the oSu football program.

According to articles by Berry Tramel and Kyle Porter - Gundy has no relationship with his players. 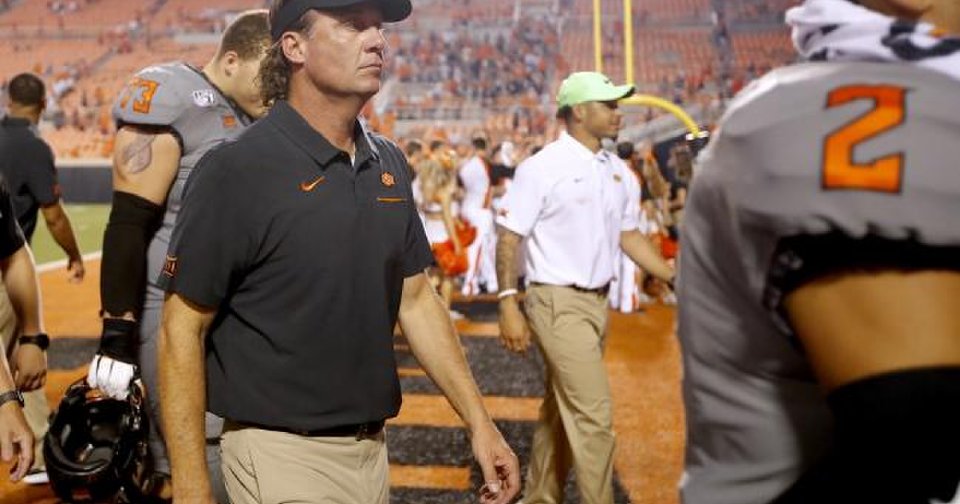 JUN 22, 2020 - Mike Gundy’s job status remains unknown. Will OSU keep the hero/head coach and try to weather the storm that struck when superstar tailback Chuba Hubbard, not exactly a rabble-rouser, tweeted that he was boycotting all things Cowboys...

"If you want good news, there is some. An OSU source said that the school’s investigation of player unrest so far has uncovered little to no racial turbulence, at least not until Gundy double-downed on endorsing President Trump, and that jives with what former players have said about Gundy.

It appears instead to be a disconnect problem. It might be that instead of a poor relationship with his players, Gundy instead has little relationship at all." 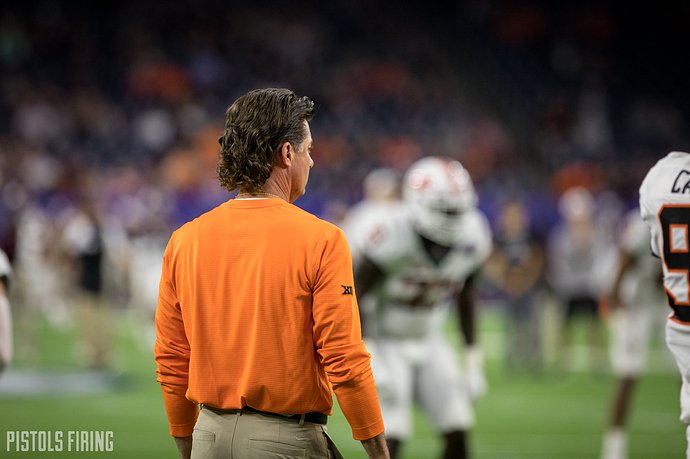 A closer look at what's going on at Oklahoma State.

"After talking to a number of people who have at one point been extremely close to the Oklahoma State football organization, the picture that is painted is not one of systemic abuse by Mike Gundy or any sort of racial tension but rather one of very little relationship at all. "

the picture that is painted is not one of systemic abuse by Mike Gundy or any sort of racial tension but rather one of very little relationship at all. "

Meaning that despite any fact if Gundy has a relationship with his players or not it doesn’t mean he totally endorses everything OAN supports. Everyone comes with an assumption instead of waiting for reliable information and then comes to a conclusion.

Chuba has said many times he is not trying to be political but trying to make his experience and that of his fellow team members positive.

You say Chuba is not trying to be political, but that’s exactly what it came to. Despite if Gundy actually believes and supports everything by OAN Chuba made an assumption. I just find it odd that the OSU football program seemed to be doing fine. Then all of a sudden we have a massive problem. Chuba says he wants a better experience but refuses to explain how that can be done.

Your only seeing this from Chuba’s perspective and refuse to see it from another person’s point of view. I’m not saying you have to agree with that point of view, but at the very least give a reasonable and logical explanation of why you don’t.

So your solution is what? Kick Chuba out of the team and everything is going to be fine?. Good luck with keeping the rest of the current team let alone recruiting any players for several years to come.

Endearing to the team is not baby sitting. Why is that so difficult to get?. You know that coaches spend a lot of time and effort trying to connect with prospective players so that they can bring the best possible to the program. Then after they get there (specially now with the transfer portal) it is important to stay consistent with the original pitch. Whether they get to play or not is about skills, ability to learn, attitude of wanting to work hard etc … but whether they feel comfortable in the program is about the intangibles. That is not baby sitting! That is part of the job of coaching. That is required to keep the players both happy and in order.

I would encourage you to try what you are telling me. Try to see it from the players perspective. I have put across so many points that should be logical to the objective mind in this reply and others.

When PFB was going after Gundy for his comments on bringing players back in May, I was on Gundy’s side as I saw it as Gundy trying to solve a problem although maybe a bit ill informed on how he went about it.

This one is different. How could he get it so wrong so that the best player on the team effectively go on strike. That is pretty damning if you are leader let alone the head coach. Just like you, I am an alumni and a die hard fan and only want the best for OSU. I was hugely dismayed by what happened and just could not believe Gundy could “break the players’ heart” as he did. That has nothing to do with democrats and republicans. That is about a coach missing a trick on having a finger on the pulse of the players (and that he need not do on all 100 players individually but as a group… it should not be hard for a coach making $5.2 million per year).