Big Ben is out for the season with an elbow injury. Time for Mason to shine.

Weeden still available to back up?

November 14th and December 1st will be BEDLAM: NFL version

Couldn’t have happened to a nicer guy

I still absolutely hate that there are at least two pieces of the Steelers that I support.

The big trade last night for Fitzpatrick is a pretty solid vote of confidence in Mason from the organization.

The Offense actually looked more alive when Mason came in. Obviously going to be some growing pains, but there’s no reason why he can’t do well. Excited for the Rudoplh2Washington connection… Go Stillers!

I was thinking the same thing

Seems like someone with some photoshop skills ought to mash up an OSU logo (preferably Pete) with a Steelers logo, for the purpose of us showing our Rudolph2Wasington pride on NFL forums and such.

Yeah, noooooo, let’s not let Steelers taint infect our brand. Totally support Mason and James, but not much else.

Solid story from The Athletic on Mason. 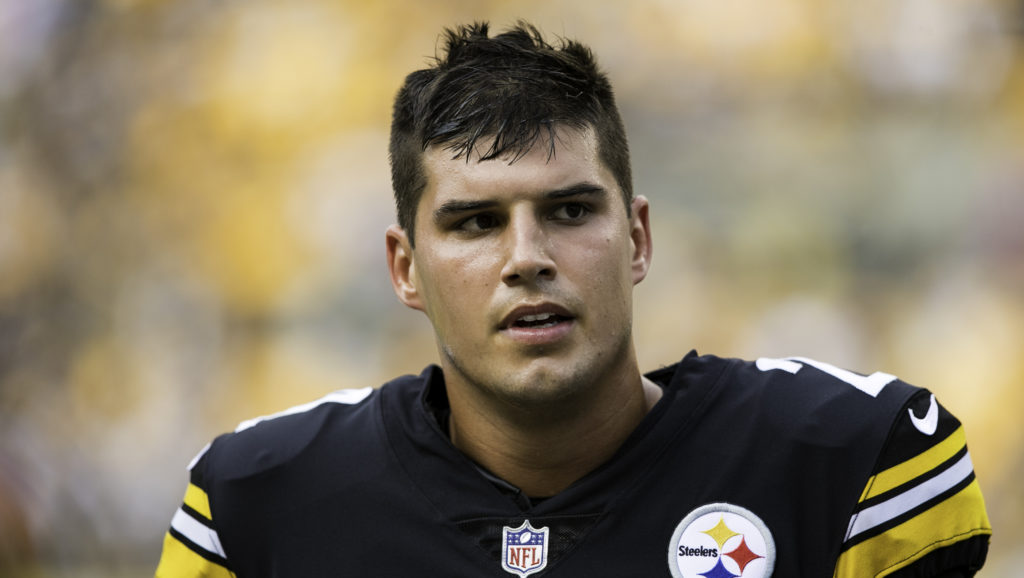 I’m not going to link to it because a) it makes me so [insert expletive] mad that I can barely see and b) it’s Politics and I’m staying out (and I’m on the job hunt so I can’t say anything), but there are some Tweet conversations happening right now and probably tomorrow that were specifically created to attack Mason’s name, reputation, and social media presence as some sort of counter-example to Kaepernick and how political views are treated.

Regardless of what political side you fall on, I think we can all agree that it’s reprehensible to scour social media to find ‘gotcha’ moments in order to slam a kid who has been a MODEL student, professional, and citizen in every sense of the word and to ‘expose him’ as being proof that you can be a ‘bad person’ and get away with it if you’re a certain color. Engaging in the conversation to change minds would be a Sisyphean task, but I think that OSU fans Tweeting at Mason to show our support for him would be okay. I am utterly appalled at the state of discourse on social media every single day and this is another example of how toxic humans can be.

Mason Rudolph is a stand-up person and deserves to be supported. Let’s see if we can give that to him.

Note: PLEASE do not turn this into a conversation about politics. That’s not the intent. I just am disgusted that someone who is an OBJECTIVELY good person is being dragged and thrown to the wolves as some sort of performative justice for a larger, more complex issue.

Same thing happened to my buddy John Isner. Great person and then got slammed for political opinions by the media.

By the media…or by people who found his opinions reprehensible?

Started with the media.

What’s funny is that SI did a survey and locker rooms are divided exactly down racial lines on politics. Pretty much every white player is a trump supporter… And of course they are! They’re multi millionaires who are overwhelmingly from rural and suburban areas! Why would anybody expect them to not be?

It’s not going to have an effect on Rudolph… Just like his affection for catching poon at OSU wasn’t the distraction RA thought it was.

Mason had a reputation for catching poon? Lol.

That should be the least surprising thing you’ve read on the internet.

He’s 6’4", has the jaw line of a Greek statue, and was the starting QB for three years. Life wasn’t rough for him in Stillwater.