Looks like JD King is yet another case where the NCAA has been less than transparent or consistent when it comes to transfers. He was denied eligibility for this upcoming season after moving to Georgia Southern, closer to home. It looks like it’s still in the appeals process. 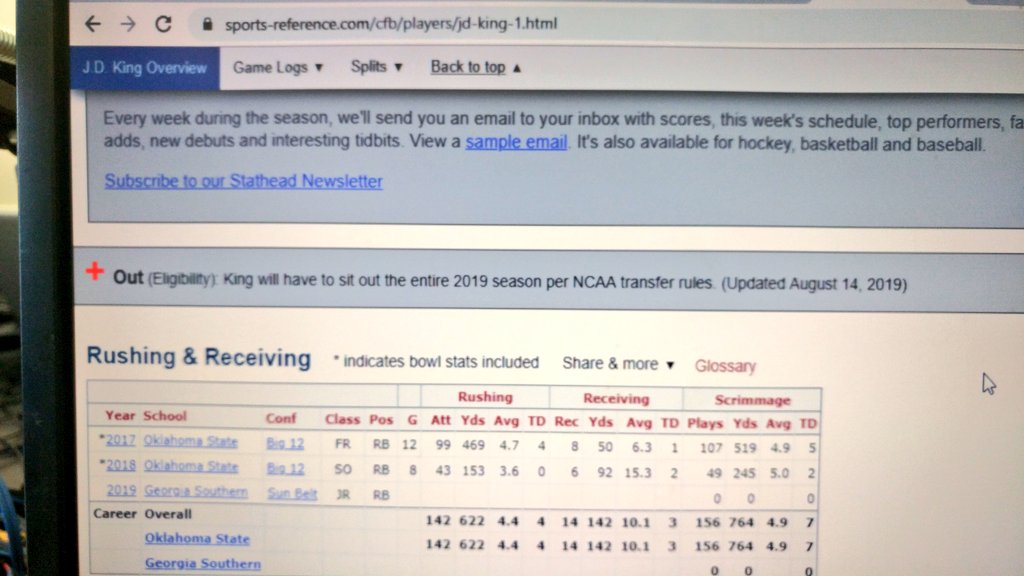 According to College Football at https://t.co/AdHTn3fXgO JD King will have to sit out 2019. 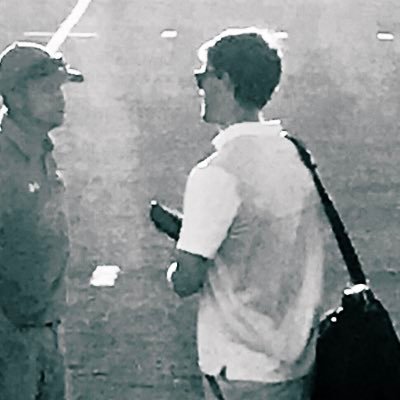 Still no word from the #NCAA subcommittee regarding the appeal of #JDKing... if they make us wait through the weekend, I say we riot. #GS #GATA #GTG

My opinion is probably not shared by everyone, but I say let 'em all play immediately. Fear of change, or of a reality that’s already coming to college football, is not a justification for holding onto a silly rule.

I agree. If they want to take the risk of ‘dropping down’ a league and making it from there it’s an obscure route, but not unproven by others in recent years.

Hard agree with you Kyle. I work in student affairs and while we have a ton of problems, it tends to pale in comparison to the NCAA.

There’s about a million things that the NCAA shouldn’t be doing if that were the real case. I’ve never met a person who works in compliance who believes the NCAA is there primarily to support and help student athletes.

Update: he got cleared so he’s eligible. Good for him, although seeing him tag-teaming with Chuba again would have been something. 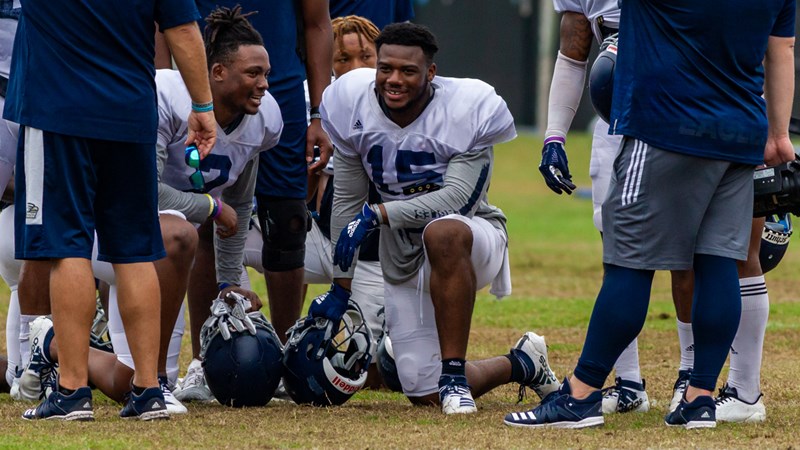 Junior running back transferred from Oklahoma State in January