Season Ticket Push: We Holler About Recruiting, Forget About Revenue

How do you handle a $95 million budget?

Fact, the real football revenue comes from TV income. Season tickets do not make that much of a difference in revenue compared to what comes in from TV contracts. When a college football coach is making $5,000,000 a year and does not have to even put an elite team on the field and still gets to keep his job shows that things have really changed in this world.

Also, as stated in the article - over the last 10 years OSU has been the second best team in the conference and one of the best 20 or so teams in the nation with a much smaller budget. Just don’t get the angst over the HC and the team.

Not all of that is TV revenue. But you also can’t control it. 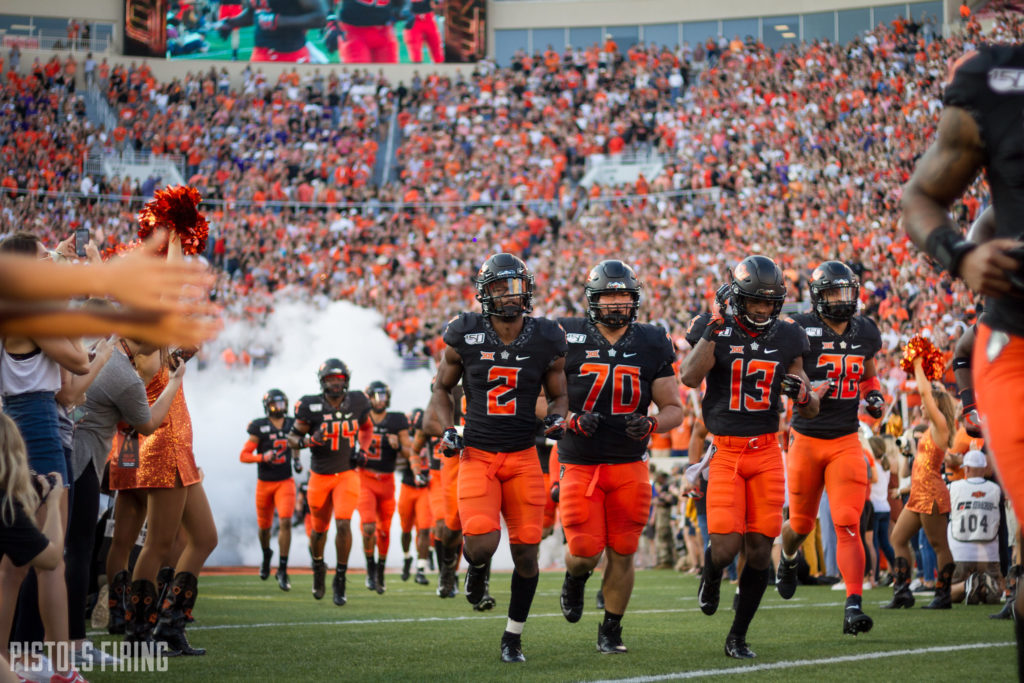 Speaking only of pure revenue …wonder what impact a full GIA and O’Brate would do to that $95m … re: KU …the engine behind them is clearly BB because their FB revenue has got to be the lowest in B12…

I figured the new deal with ESPN+ would have made up all the difference.

I presume this is sarcasm, but if not, the ESPN+ deal is not very much money.

Season tickets probably don’t bring in that much. And, we’re talking about the delta between 47k season tickets sold and 51k sold. 4k tickets times say $75 a ticket times 7 games grosses you $2.1M. If the bulk of that can be used for recruiting you’ve got something.

Gundy is not going to want to hear this but there is a very easy way to increase season ticket sales. He needs to schedule Home/Home with our peers. I’m excited about the Home/Home with Oregon, but that is the exception not the rule. If we replaced the the ASU, Ark and Oregon State games with Auburn, Clemson and Wisconsin I would be willing to bet that puts more bodies in BPS. If we add better games it brings in more money and national exposure. 9-3 with a close loss to Clemson is more memorable than 10-2 and smashing Oregon State.

Beyond just ticket sales on this front, you need to equate the extra revenue streams that feed off of bodies being on-site (parking, concessions, merchandise, tailgate packages, etc). So this isn’t just 4k ticket times $75 times 7, this is 4k times 7 times a more accurate number of $150 for $4.2M. The athletic department obviously knows their per caps better than my guess but they have the math already built out behind all of this. Plus each person is another data point for future opportunities.

The alternative was not getting national broadcast for the Big 12 Championship in some years, or announcing an embarrassingly small contract for those games. The Big 12 started by asking for 20 million per game. In the end the deal was for 40 million total and that included those three games and the third tier rights for 8 of the schools. It was face saving as much as anything else probably.

Let me run your numbers and see what it looks like;

Looks like a bigger stadium wouldn’t close the gap for oSu and isn’t creating separation from other Big 12 programs. I included programs that have won Big 12 titles since 2010 and UT.

Not certain what your trying to say here.

If, OSU sold 4k more season tickets @ $75 per ticket for 7 home games it would generate $2.1M per year in additional revenue, correct?

So OSU FB could have at least some of that revenue to spend on FB related things, correct? It won’t close the gap significantly with ou and tx, but it can’t hurt OSU FB to have more money, even if it is a drop in the bucket vs. ou and tx.

I wasn’t advocating for a bigger stadium at this point in time.

Has a nice pie chart for OU for FY 2018. It doesn’t list hard numbers exactly, but you can obviously work backward from the total revenue based on the percentages.

More than 20% of the difference between us and them is contributions. 26% of their revenue comes from Football, meaning their Football team brought in almost 25 million more than OSU’s.

I’m not sure there is any way to close those gaps.

The data comes from numbers you provided. I took the 2.5 million as the average of your 2-3 million figure and divided by the 4,000 seats and got $625 per seat. Then I multiplied that number by the stadium capacity to determine potential revenue difference.

I didn’t get the impression you were advocating for a bigger stadium. I just wanted to crunch the numbers and see how much those figures offset the reported 75+ million deficit compared to OU and 120+ million at UT. I also wanted to see how much an advantage PBS created for oSu compared to other title contenders (KSU, Baylor, TCU) as they have smaller stadiums than oSu. I don’t see stadium size as a major component of the budget offset. I think income generated from having much larger fan bases is the biggest factor. We see this at both OU and UT as their budgets are impacted by winning more than other programs in the Big 12. Once they start winning the money flows at impressive levels. oSu and other Big 12 programs do not enjoy a proportional revenue benefit from winning at a high level IMO compared to OU and UT.

The reality I see is OU and UT have used 3rd tier rights to re-establish the advantage, over other conference members, they got decades ago with gate receipts. That advantage is significantly less these days and all of that is good news for oSu.

I think the demise of NU is a good correlation to demonstrate the reduced benefit of ticket sales in this era of TV revenue. NU still sells out their stadium, but without having a financial advantage over other conference members their program has struggled.

OU and Texas both have an advantage because they have the professional schools too. I’d assume this helps KU and WVU as well.

I agree UT and OU alumni spend big money to promote their personal businesses to those fan bases.
That money supports newspapers, magazines, radio stations, and TV networks to hire “talent” to further promote their programs. Then profits are returned to the programs for naming rights like Gaylord Faulker Memorial Stadium.

Kyle run the CFP pay $ and see what that alone does for the teams competing and their conferences. Put 2 from same conference in and you push the disparity.