I think MG needs a class in sensitivity.
Interesting that there was also a big ad for Trump in the PFB article.

How long until the players make their demands:

1 - We won’t play for a conservative coach.
2 - Our coach can not endorse any republican politicians or causes.
3 - We won’t wear the Marshall’s badge emblem anymore as it is a sign of oppression of law enforcement.
etc.

Maybe we should start making conservatives wear patches on their shirts and jackets so we know who the racists are. You never want to accidentally hire or sell to a racist, right?

If I was a white coach I would probably quit and ride off in the sunset. Not worth getting f’n brow beat over some ridiculous observation by a 18 year old.

Yes!!! Because tweets are so credible and reliable!!! Everything everyone says is true!!! No need for causative research any longer in the world!!!

My point is I’m not saying they’re wrong, but I’m not going to follow people blindly off a cliff. Let’s see what is going on first and get some credible information first.

Might want to start by asking the entire team what OSU and Gundy are like and not just ten players or so.

@kyleboone Thanks a lot man for ruining an already turbulent year in OSU football. This could have been and still could be an excellent year, but we may never know. Your tweet was irresponsible. I hope you’re proud of yourself.

As a minority and former Democrat for 39 years (now an independent for the last 7 years), I must speak up and say this racially charged political stuff is getting WAY out of hand. The Democratic party is turning into a socialist party that wants to turn everything into a race war. It seems if anyone on the far left doesn’t like something about you, they will accuse you of being insensitive or racist. Especially if you do not agree with their political stance or if you say you’re for the protests but against the looting and burning of property. We are in a dangerous time in our society. Especially when conversation and dialogue cannot happen.

To clarify, what happened to George Floyd was absolutely wrong and tragic. I am for peaceful protests. However, one wrong doesn’t justify another wrong. I am 100% against the looting and burning of our beautiful country.

Do black lives matter? Absolutely! However, so do brown, yellow, red, white, blue, etc. Black people are NOT the only people discriminated against on a daily basis. So are Hispanics, Asians, American Indians, middle Easterns, good cops, etc. I’ve had my run ins with police and found myself with my hands on the hood of a police car getting frisked for no apparent reason (more than once). I have also had guns drawn on me (more than once). I’ve also been pulled over late at night for no apparent reason (racial profiling), but during all of these interactions with police I quickly realized in that moment that I need to be polite, respectful, and cooperative whether or not I was right or wrong. Afterwards I reported those cops, but I never tried to argue or become uncooperative with police during the stop. I’ve also many had other encounters with police that were very good. By the way, in case you’re wondering I’ve never been arrested or done anything illegal, but I’ve still seen my fair share of police interactions.

Did you know there was a white guy (Tony Timpa from Dallas) who recently pleaded for his life 30 times and ultimately died of asphyxiation after being handcuffed and put on his stomach with officers on top of him for 14 minutes. He suffered from mental illness (schizophrenia and depression) and even called the police on himself. So why didn’t this make the news? How come we haven’t heard about it over and over for weeks or months? The truth is… it’s because he’s a white male and that doesn’t fit their narrative. There was also a young white man (Christopher Few from Louisiana) and his 6 year old autistic son who were shot by 2 black officers and the little boy died from his 4 gunshot wounds. Then there was a young white man (Daniel Shaver from Arizona) who pleaded for his life and was clearly unarmed, but was shot and killed by officers.

I encourage each of you to do your own research. All you have to do is Google the names of the white men mentioned above (Tony Timpa from Dallas, Christopher Few from Louisiana, and Daniel Shaver from Arizona), then watch the full videos of their police encounters. All of these police killings are horrifying and tragic! Below is an opinion of two black men regarding police brutality and excessive use of force against white individuals. 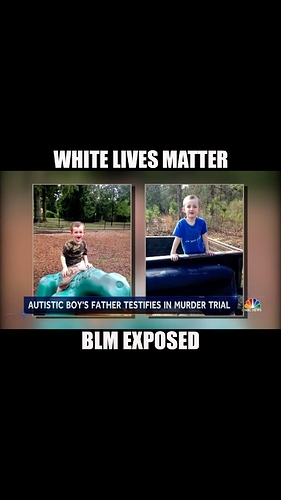 Here’s another explanation from a young black man and his perspective on these topics. He even cites data sources regarding Black Lives Matter (and how their funding goes to Democrats and not the black community), the current political environment, and our current social situation across the country. 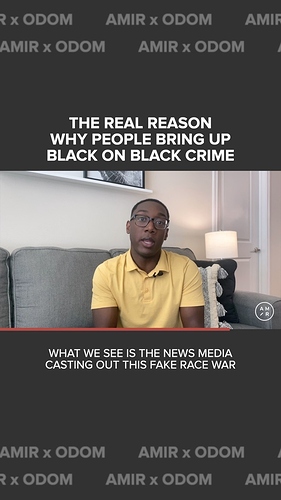 Here’s an example of a black woman getting treated like a racist because she does not fall in line with being a liberal Democrat. Granted this is funny because she is black and the people accusing her are white.

Another false narrative from the Democratic party… the Republican party was for slavery and the Democratic party was against slavery. Please do your own homework. If you just Google the topic or do a search for “Confederate General Becomes Secretary of the Senate” and you’ll find articles like this one on the official government website.

In summary, the current issue shouldn’t be focused on race, but on police brutality and excessive use of force by officers of all colors. Until we take the time to address the real issue, I don’t know if real change will actually happen.

Here are some ideas to help curb police brutality and excessive use of force. These ideas were discussed with some friends who are democrats, republicans, and independents.

It’s been said that the list of players that have had issues with Gundy on this subject runs all the way back to the Tatum Bell time period. The sheer number of past and current players that are stepping forward together on this is baffling. Whether you support Gundy or you don’t, from an athletic directors standpoint I don’t know how he isn’t fired by the end of the week. At this point, you have to assume where there’s smoke there’s fire from their standpoint, or you risk an Art Briles level issue.

Exactly what I thought!

Even if it was one staff person making one racist comment to one kid on the team, that’s still not okay.

It’s a multi-faceted issue. My parents went to a segregated elementary school. Yes, that was many years ago, but only 1 generation ago. One more example. The GI bill after WWII that allowed American veterans to build wealth and gain low-cost higher education had obstacles built in that specifically denied black veterans the opportunity to fully utilize it, while white veterans never had that obstacle because they had light colored skin.

There are many social injustices that could use some improvement. Want to focus on police reform? Great! However, do so without detracting from those who are focusing on race-related social injustices. The issues are not mutually exclusive, whether it’s race relations, police conduct, power imbalances, etc.

This is straight up ridiculous. KB is at fault for Gundy wearing a shirt promoting a ‘news’ network that blatantly pushes racist rhetoric? That’s irresponsible? How exactly?

I’ve never seen the amount of mental gymnastics you’ve been pulling. Sure thing TayJ, black people are being murdered by cops, but you’re the victim because people are calling out bigotry… Gimme a break.

It’s an issue of insensitivity and bad taste, not politics.

Kyle Boone your trash . You have incited so much hate against Gundy simply bc he doesn’t recruit like you want or believe the way he does. You incited all of this today because you don’t like him. You have painted him as a racist and now what about his youngest son and other children? How will the youngest be able to go to school. I’m done with your pos site and with Oklahoma state . Anyone who supports Chuba is trash him and Kyle just ruined a good mans life.

I’m still trying to figure out why PFB decided to switch from a sports platform to a political one.

It’s not about bigotry. This is about equality in social justification. You can’t demeanor a person or group while at the same time practicing the very same tactics and using the very same philosophy against those same people while rejecting the idea that anyone else can use the same against you. That is blatantly stupid.

If there are so many issues why wait till now to come forward? Why would Kasey Dunn stick around if it’s so bad