Not sure if anyone saw this. Rumor has it that TCU and uh may receive a pac 12 invitation in 2023, when the pac 12’s new media deal is up for renewal. If true, I am concerned. Any thoughts? 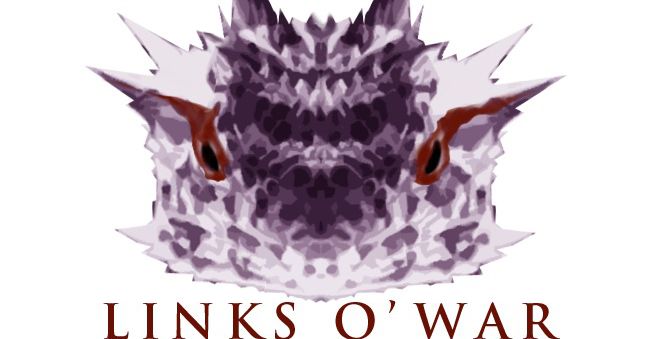 How close was the Pac 12 to inviting TCU? Close enough that it still may happen.

It’s made It’s rounds.
If u put it out there they mite believe it.
I know a school like usc doesn’t want to expand. The commissioner does. If Oregon has a loss they are out again. The conference hasb18 loses after 3 weeks. They have 1 team undefeated.
So if u think as does tomato slice they are doing good.
No expansion.

John Kurtz has a video about this with engalls on it.
He never even acted like he had a source.
The pac 12 comm said it was bogus.
The hole interview was just boiled down to Dallas and Houston in the central time zone.
Personal I think we go into California get san Diego state fresno and boise with Memphis to balance out the east. Pac 12 has 18 losses with just 1 3 and 0 team.

I love the idea of grabbing bsu and SDSU. Get to 16. Grab Memphis and south Florida, too. This holding off at 12 makes me a little weary. BYU is all alone out west, ucf is all alone in the southeast.

If we get fresno it makes 4 out west. We can us a pod system.
Ucf will just have to suffer with Memphis

USA today had an article about the pac 12 paying to lose.

I just don’t understand why they would want TCU and Houston but not us? I guess for the Texas market? But Texas Tech would make for sense than those two schools.

Tech is like the crystal of a piece of pie. Sure u got pie. But to get fill and whip cream topping.
It’s not really tcu and Houston their after.
It’s 2 large tv markets and recruiting grounds.
They really dnt care if they can play football.
Remember Rutgers and Maryland.

But, the Big 10 also took NU, so there’s hope. If pac 12 expansion is on the horizon, I hope our administration isn’t asleep at the wheel.

If this was about football. Yes, osu should be on anybody’s list.
With the pac 12 have usc it will be difficult.

I’m actually looking at the 16 team league being stronger then the pac 12 in football and tv.
If Oregon losses to any team in the pac12 they will be out again. Tosu game may not be that big of a win too.

Going to try and have this legitimate, adult discussion here. Keep it on the rails

Why do you think the new Big 8+4+4 more would be stronger than the PAC 12 in football and TV? Ive asked you this before and I will again. Take whatever you feel is the 4 best from the new Big 12 and put them up against USC, UCLA, Oregon, Washington. Which do you think the Networks would want?

The recipe for a Big 12, PAC 12, or ACC team not named Clemson to get into the Playoff is to go undefeated…or…win 1 big Non-Con game that will offset a Conf loss. Oregon has done that. The Ohio St win, on the road, is a massive feather in their cap. If they win the PAC & finish 11-1…that Ohio St win is getting them in

Not a big loss if they do and really doesn’t make sense unless they don’t want the majority of the US to see their football games, LOL!

SDSU makes no sense for a geography standpoint and doesn’t add much to the equation…IMO. Nice city but can you imagine all the other sports besides football having to go there every other year?

I think BYU, Cincinnati, Houston and UCF are the best additions possible. Outside of that…i dont get at all. Its not going to add to your revenue, but will now make you divy up the dollars to more people

First u got to look at where the pac12 is now. They are the last power conference in every category now. I only bring up pac12, the acc is actually worse conference with Clemson.
I can’t agree more about no blue bloods, with u. And rite now that all those 2 have.
Rite now byu has more wins then 3 or 4 pac 12 teams will have at the end of the season. If byu wins against against usc they will be the defacto champ of the south. Is that the gone football ur basing pac12 on.
Ur basing Oregon’s one win on the fact Ohio state winning and Oregon.
That was a good win, but a week before they won by 7.
Ur also basing Clemson is as good as usual.
We know they will need to win out.
With the expanded playoff the big 12 will get an automatic spot.
U ask who will want the big 12. Same question in 2024 who will want these 12 teams in the pac12. Who is going to watch an Oregon 12 or 11 win team against an 8 and 4 as championship game.

I’m with u on this. I hope we add only to increase or maintain what 12 teams can get.

“First u got to look at where the pac12 is now. They are the last power conference in every category now.” I think its cyclical. I think the ACC and PAC 12 are the worst 2 top to bottom. If Clemson isnt goin 12-0 or 11-1, then the PAC can be better that year. Im not saying the PAC 12 is some great football Conf. I am saying that its got 2 major programs right now, and one of them (USC) is a major player in the college football world and always will be.

“Rite now byu has more wins then 3 or 4 pac 12 teams will have at the end of the season.” Theyll end with 9, 10, or 11 wins. That will be better than 95% of the teams in the country. You seem to be pretty concerned with what the bad teams in the PAC 12 do. But all Conf’s have bottom-feeders. I have never knocked BYU. Its a good pickup for the Big 12.

“Ur basing Oregon’s one win on the fact Ohio state winning and Oregon”
That was a good win, but a week before they won by 7." I dont care how may points a team happened to win by the week before. Win and advance. There may not be a better win all year than someone going into Ohio St and winning. Its a GREAT win. Not a good one. A GREAT one.

“With the expanded playoff the big 12 will get an automatic spot.” Agreed. No doubt about it. I dont know how that means that it will be a better Conf than the PAC 12. Each Power 5 will have an automatic bid.

“U ask who will want the big 12. Same question in 2024 who will want these 12 teams in the pac12. Who is going to watch an Oregon 12 or 11 win team against an 8 and 4 as championship” Like ive told you several times, you pick the 4 best of the new Big 12 and tell me what looks more attractive over a 10 year period. Its easily the grouping that has USC and Oregon. The PAC 12 TV payout right now is at $34 mill a piece, while the Big 12 WITH OU/TX is $38 mill each. You realize that OU and Texas leaving will drastically cut that contract. Then you add 4-8 more teams…youre talking losing $15 mil a year or so. Lets say that the PAC 12 gets exactly the same amount of money…what do you think the new Big 12 will get? It will be much less

Usc is the top of the pac 12, and the only true bb.
By its schedule and being a bb it should be at least in the top ten in tv viewership. Not a lil ahead of the third place big 12 team.
By point on a 7 point win is when on the road in conference will they show what they had at the horseshoe or at home against fresno. Also, how will that win look if tosu gets 2 more loses.
Tv viewership in the new big12 will not be top heavy so picking the top 4 will be better for pac 12, maybe.
Is a 0and 3 fsu helping viewership in the acc this year.