The crest is specifically Army ROTC’s, there is a separate one for Air Force ROTC. 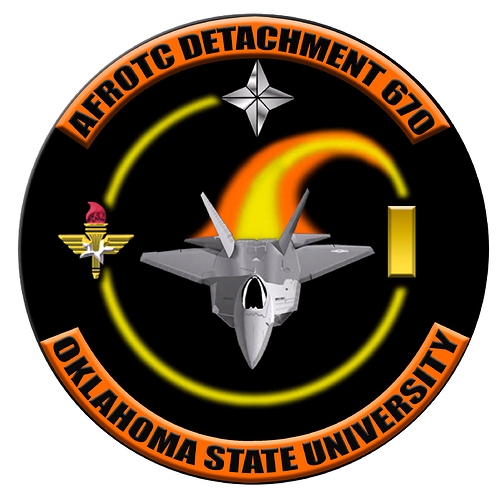 The camo pattern is just a grey version of woodland, which we used between 1981 and all services had phased out by 2012.

It’s interesting to me that most civilians put the US flag on the left shoulder. All military uniforms have it on the right, partly because that’s the position of honor (“rank right” or the highest ranking should stand furthest right in a group) but mostly because the “canton” (blue field with stars) is facing forward. That’s why the flag looks “backwards” but should be seen as charging forward not retreating.

Shamelessly hoping they use my photo again, my parents sent in a pic of me from Afghanistan that ESPN has used several times over the years. Go Pokes! 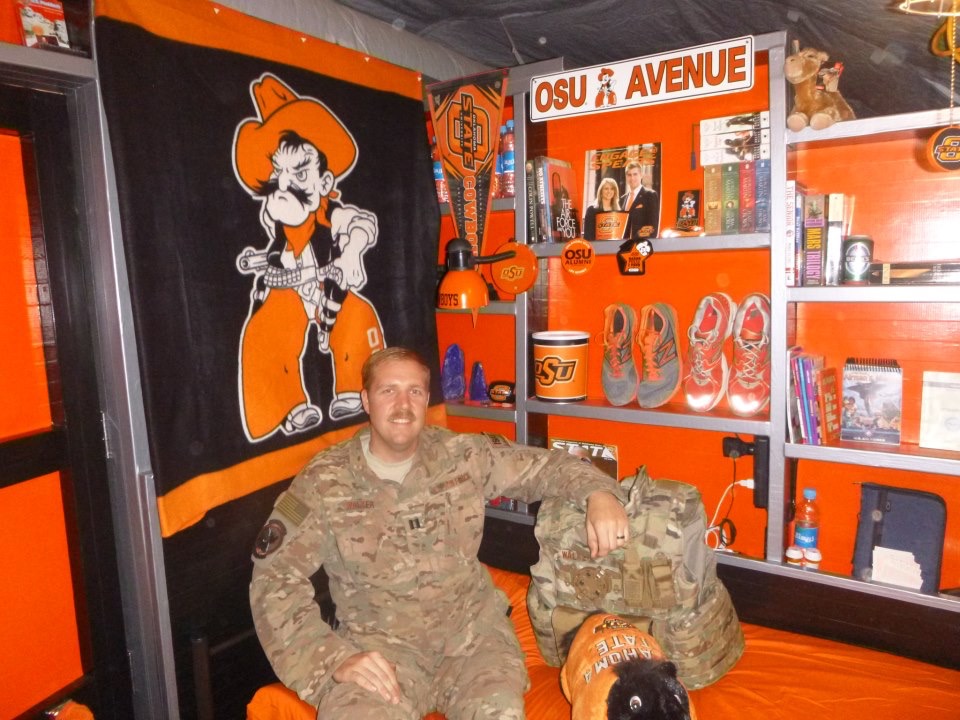 Thanks for your service and I really like the uniform and the name on the back. I hope they wear it once every year, perhaps alternating the Army patch with the Air Force patch.

Thanks for your service, and your insights. I would like to see this uniform become a tradition, with maybe some other versions to change it up.