Who Is the Best Running Back of the Mike Gundy Era?

Originally published at: Who Is the Best Running Back of the Mike Gundy Era? | Pistols Firing

Did OSU fans get it right?

For me it’s Hunter so far. The dude was elusive and tough to bring down. Once he got past defenders he would turn up the heat.

I’d have to go Joseph Randle because he was a really good all round RB. Shame how his life turned out.

I love them all. But the chart you guys made up is real weird. Its funny how 3 year back all got high numbers.

To see how Jalen Warren compares, pick the best single season of each back and compare. With four years, Jalen could have been another Spud or Tosten.

For me it’s Hunter, then you could argue Chuba, Warren, Randle, 2,3 ,4 …… lots of production from them all. Would like to have had Warren 3 years

I went with Hunter. I wouldn’t say Toston was underrated in the survey. I think the survey participants took into account Toston’s ball control (fumbling) issues early in his career. To his credit, he worked hard and fixed that problem as an upperclassman. The hardest part for me is ranking a 1 or 2 year guy vs. a 3 or 4 year guy. If the averages are close, then I give the 3 or 4 year guy the higher ranking.

I’d have to go Hunter Randal 1,2 then warren maybe my number 3

I would just ask Gundy to pick his number one guy from his career.

So nobody wants to talk justice hill in this convo?

Justice Hill was a good one. I had him in my top 5, but I had to put Randle in front of him because of receiving yards and touchdowns.

I voted Randle. I think he finished low because there are kids who don’t remember him.

Looking back at OSU’s running backs is interesting. I didn’t realize OSU has had someone lead the nation in rushing yards 4 times since 1937 (official data). Bob Fenimore 1945, Ernest Anderson 1982, Barry Sanders 1988

But the best part is that the comments are worthy of the article! By that I mean, all respondents are making insightful and meaningful comments. No one is name calling or throwing around hyperbolic disruptions. Respectful, smart commentary. From all.

The authors of the articles do an incredible job here. The comments should be at a high standard as well, like in this thread. I’m impressed! Well done, all!

That was sarcasm. The longer life guys have a built in advantage for points.

Would had been great to see what Herchel (probably miss spelled) Sims could had done. Savage was probably my favorite.

When you factor in NFL success and production, Chris Carson seems to be one of our best. But, I do agree that he was far from as productive as some others while at oSu. I have often wondered if he was underutilized as a Cowboy. Things that make you go “hmmmmmm??”.

You mentioned that your analysis is a “foolproof scientific experiment.” I’m sorry, but I do not agree.

The flaw I see is that you are giving points for Total Yards and Total Touchdowns, which is going to favor players that played more games.

You also didn’t include Receiving Yards.

When you factor in NFL success and production, Chris Carson seems to be one of our best. But, I do agree that he was far from as productive as some others while at oSu. I have often wondered if he was underutilized as a Cowboy. Things that make you go “hmmmmmm??”.

Just my opinion, but I think Carson was running behind an O-line that was one of the worst during the Gundy era. I didn’t put him in my top 5, but I put most of the blame on the O line when Carson was there. 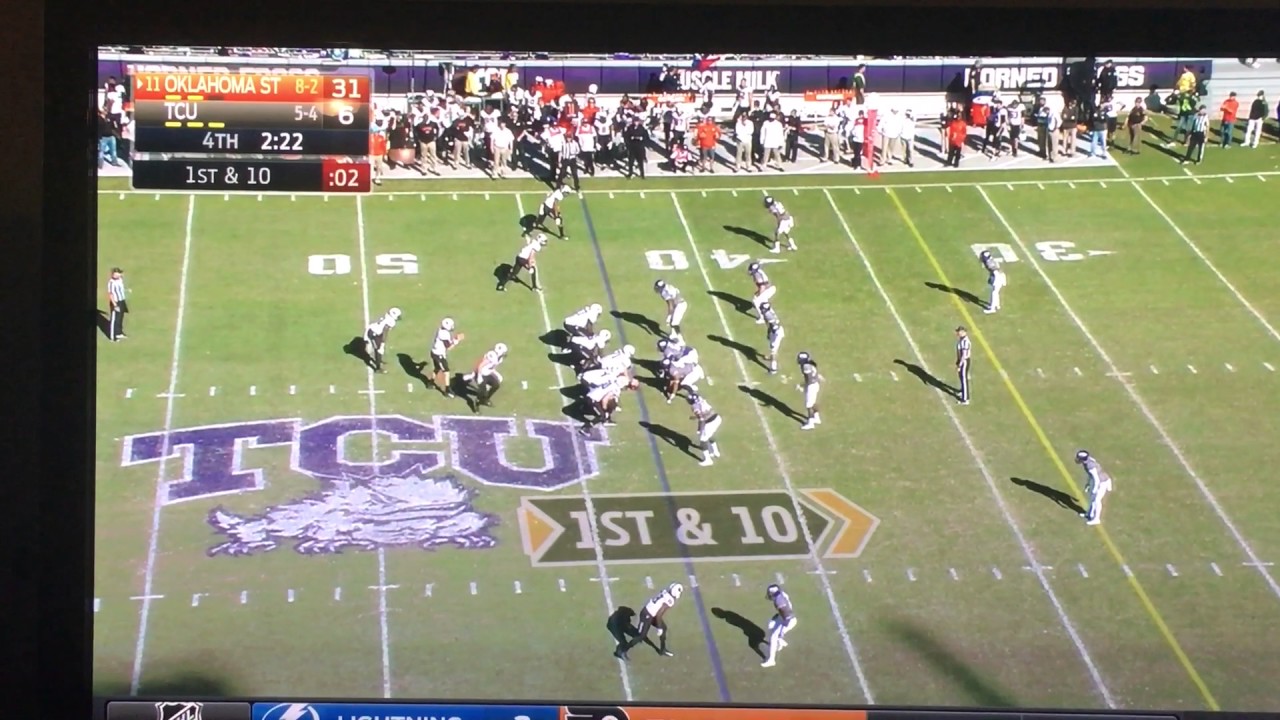