Free Football Thread That Started as a Thing about Mike Gundy

Thread hell get a rope!

Okay, that’s enough. I’m all for a discussion (heck, we’re having a really good one in PFB+) but this is a bridge way too far.

Wait, are you saying you’re tired of ‘tired of Gundy’ threads?

Yes, two is too many.

No, I’m saying that the sentiment expressed in the OP is so out-of-line that it’s embarrassing.

Ah, I just saw the subject line and your response. Yep, crossed over into OB on that one.

There used to be a commercial about a salsa made in New York, to which they would say " get a rope". But on here I see everyone is much more sensitive.

This would be a nice context buffer to start with unless you’re just trying to save face. I can’t tell you about many 1992 commercials I have seen.

Really, save face from what? How many threads does it take to make a rope?

Rope is made of strands. Check out what the Googs has to say below for all your future rope knowledge droppin’.

Most twisted rope consists of three strands and is normally right-laid, or given a right-handed twist. Typically, a three strand laid rope is called a plain or hawser-laid rope. A four strand rope is usually called shroud-laid, and a rope twisted out of 3 or more ropes is called cable-laid.

strand2
/strand/
Learn to pronounce
noun
plural noun: strands
a single thin length of something such as thread, fiber, or wire, especially as twisted together with others.
Again, how many threads to make a rope?
By the way thread names changing doesn’t mean I had anything to do with it.

See… We’re all learning stuff. Thanks for your contribution.

How do you fix a conference where the team that dominates the conference gets dominated in the playoffs? Good question, and if you figure it out you can get paid at least 6 mil a year by said team with this issue.

How do you fix a conference that looses every bowl game but one? Definitely a bad trend and not just a bad year. 1-5 this year, but 4-3 last year, and 5-3 the year before. I would be more concerned that we had 6 team bowl eligible vs 7 and 8 the 2 previous.

Would the team of 2011 been dominated by LSU like OU was? I sincerely believe this is a no. I’m not sure OkSt could pull out a win even 1 out of 100 times, but I do not feel it would not be dominated. Score would likely look more like a basketball game though.

Why do you pay a coach 5.25 million a year to average forth in the conference? Easy. You don’t. Finished tied for 3rd really, but that still doesn’t equal the pay. But, for OkSt we pay him this to position ourselves to compete for a Big 12 title every other year, or in a worse case scenario every other OTHER year. If we’re 3rd or less in conference next year I consider this a very hot topic among the masses. Consider my pitchfork sharpened, but in the shed still.

Has Gundy done as much for OSU as Snyder did for KState? Easy. Yes. 215-117-1 (64.5%) record and 9-10 in bowls, and 2 conference titles for the purple wizard. Gundy is 129-64 (66.8%) and 9-5 in bowls, but only 1 conference title. It’s not much of a difference, but its slightly better. I also believe that when Gundy steps down/decides to just work his farm/leaves for another school/is fired that OkSt will be in much better shape than what KSU was when Snyder left. Btw, those are my order of likeliness of how Gundy will leave as well.

The second point about how many B12 teams were bowl eligible is a good one. We had less eligible teams AND we lost the vast majority of our bowls. It’s easy to say “the league is down”, I guess.

Technically, Gundy finished in the standings (tied third) where he is in salary rankings (basically tied for third with Gary Patterson). Next year is when he will earn his pay, or really have everyone ready to drag him through the coals. 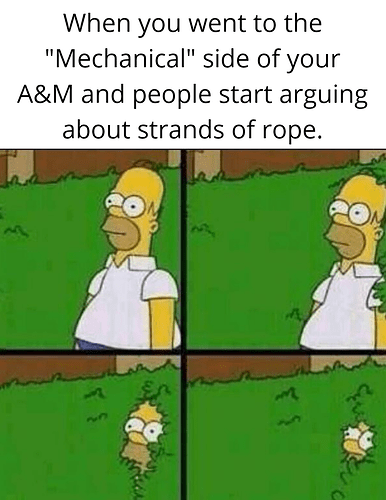 I agree with @cometpoke next year is huge for the Cowboys and Coach Gundy, two (maybe three!) of your stars are coming back, and ou finally having to break in a new quarterback and (hopefully coach). I know it’s the meme, but… next year is do or die for a conference title. I would be very disappointed if we are not in the Big XII title game next year. I still wouldn’t call for Gundy’s job but I would start agreeing with people that 2011 may have been an anomaly.

I wonder if Big 12 brass and ADs have had any legitimate discussions about that, in the days following, or if they simply consider it a “down” year?

What is the discussion to be had? We got a team into the playoffs so the conference made more money. I’d assume to the brass it was a successful year. Sugar being poorly attended might be cause for concern.

The fact that the conference went 1-5. That’s the concern.