The NCAA attempts to set some parameters around the seemingly lawless lands of NIL.

They make the players employees that can put alot of stuff into the contract. Other teams have to ask to some coach’s. They can limit pay, like in pros.
Players are are still leaving teams like Texas and Miami, so playing is still important.

Why not just cap it? Make it where 30k is the most anyone can earn or something. I mean you get a free bachelors degree and 30k to run around with and have fun, how much more do you need. Seems like a sweet gig for the athletes but doesn’t allow Texas to just spend more than everyone else.

Follow the money… The Bluebloods have had donars pumping money since the beginning of time.

With out some sort of collective body you can limit what the players make. Be like any actor singer or any self employed person.

What would it take to truly disband the NCAA? Because honestly, I’m beyond fed up with all of this. When it comes to money, we will never be in a fair fight with the blue bloods, so we may as well not even have these so-called parameters. Not to mention, the blue bloods were established decades ago. There’s no going back and retroactively penalizing any of them for how they established themselves. So I say, break every ####ing NCAA rule that you can. Find and exploit every single loophole. Lawyer up if necessary. Don’t cooperate. Don’t apologize for it. Never back down. F the establishment.

Just a bunch of meh !! Who is going to report themselves when the NCAA made it a free for all. Wasn’t the Pitt receiver given 1 million ? This NIL will be the death of everyone but the BB. Did they appoint a compliance committee to oversee it ? It’s already gone too far to make it beneficial for everyone.

“Guidance” = “We know you’re going to do this anyway, but we really wished you wouldn’t”

Different take. I’m no fan of the NCAA, but I think the reporting of this could be better. The Guidance is pointing out rules that already existed and haven’t changed. Nothing in NIL changed the rules around boosters promising money to prospects for signing with their school, for example. The NCAA is not setting up new “parameters”.

Now, they need to prove they can enforce their rules and render justice consistently and quickly. (I know, I know…) Start with Nijel Pack and Miami. That looks like an obvious pay-for-play. Probably all documented in texts and Twitter. Dirty, dirty, dirty.

The University of Texas has publicized every lineman will received $50K annually. 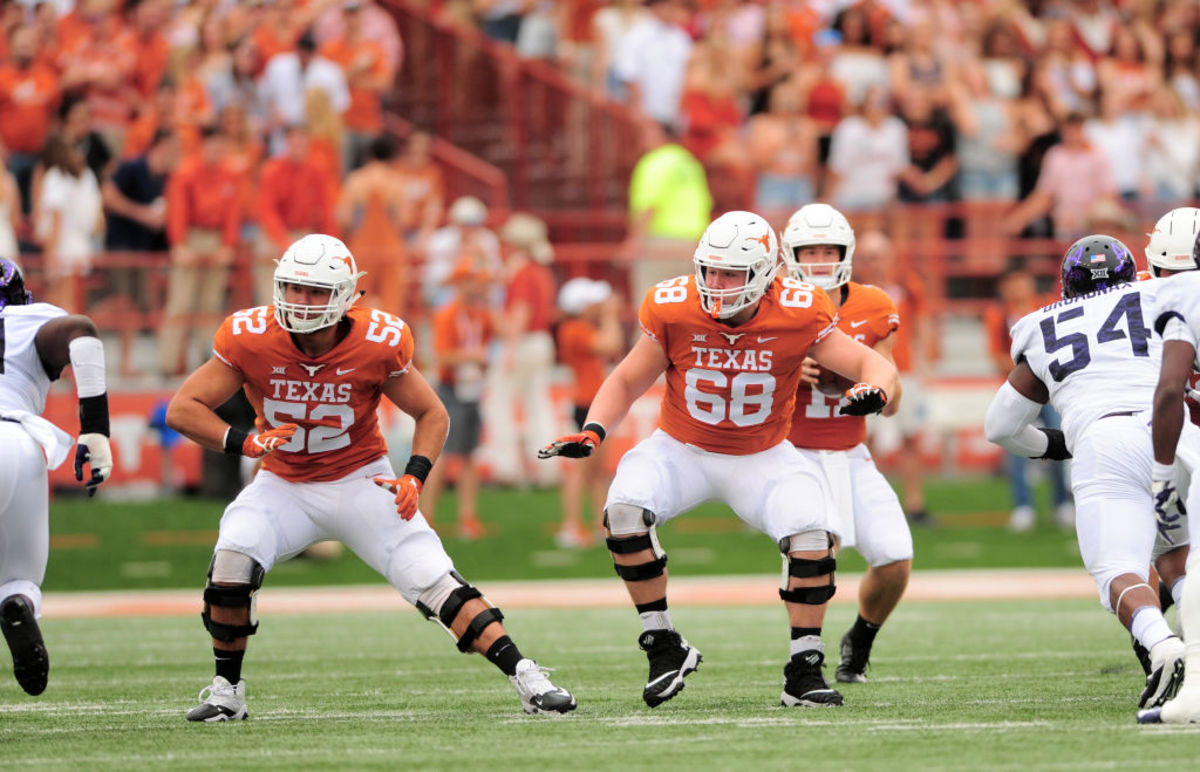 The Longhorns fan base is hopeful of boosting their offensive line

That would require them to actually put in some sort of effort and work. Don’t see it happening.

Marshall: The headline is off: " Imagine".