A big one for the Pokes with less than a week until signing day.

Competing with Missouri state are you sh!tting me

There is another recruit at snow. I wonder if he will help get him.
It’s hard to tell seem to have speed and strength.
Any body now his numbers pfb doesn’t seem too.

Thanks KB
Some people can’t look up anything so I will post this. 4.65 for a big man is decent… 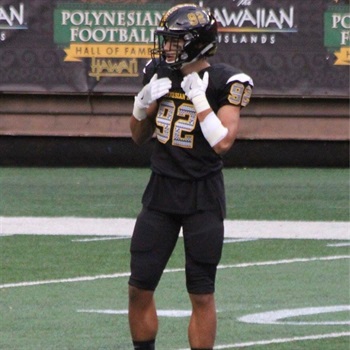 I’m confused is de or lb. I guess were making him mob. I know we will need lb. He will be a big lb.

They should hire me I’d at least do more research before I posted.

it this good? I’m not sold that this is a pickup to be excited about.

Jordan Moko plays for snow college too, which mean recruiting evaluators have been watching snow college…yet there’s no current rivals or 247 page for Nathan…

Underwhelmed yet again by Gundy’s recruiting performance for 2021. We will never beat OU.

I’m overwhelmed by these recruiting sites. Team ranking has us 16 spots different between sites. 4 stars have us from 0 to 5 on different sites. So I’m not sure how much u can believe in them. We’ve had some bad classes lately but I dnt mean by recruiting sites. Look at qb last two 4 star, ones cowboyback the other is Sanders. I do like the last 2 classes and I do think we have the best group of coaches since Gundy has been hc. Next yr will be short in qb, lb,cb. We always seem to have lb cb so we will see.

It didn’t take 16 years to figure that out.

The best coaches OSU had were the great offensive coordinators, air raid system. I do not consider the guy from Shippensburg to be one of the great ones regardless of the stats by his name.

at least Gundy used to finish with a top 25/30 class occasionally. now I’m stoked with better than 40

So ur saying if monken was calling the play, Sanders wont throw 3yds past his receivers. Corndog threw for 4000 yrds. What’s the difference, Sanders.
I was talking about all the coachs anyway.
Sanders can’t handle the job. Has nothing to do with dunn. Hopefully we’ll move on from Sanders next yr. They keep dump down the plays try to find passes Sanders can complete.

Seriously, how low have we sunk on the recruiting topic that we are suppose to get ‘stoked’ over this recruiting news? Very sad Gundy …really?

Can you read? Because I haven’t seen any Power 5 teams offering. Then we wonder why our recruiting rankings are never that good.

So you like the fact that our last two recruiting rankings were worse than each previous year? You think this this is the best group of coaches when we can’t even score 20 points a game as of late?

Sanders can’t handle the job. Has nothing to do with dunn.

Dunn is the OC so how would it not have anything to do with him? I think it’s been rather clear that Illingworth is the better passer while Sanders is the better runner.

Don’t you think Dunn has some kind of say on who the QB should be since he’s the one calling the plays? Do think Dunn wants to put someone out there that can guarantee one interception per game? Do you think he really wants someone under center that can’t read the defense and doesn’t check down when needed?

Use some common sense and pay attention to what’s being said when they interview Gundy.

Gundy cant play shane when he has been in lock down twice. Joe u really good at see a problem special if u think Gundy is to blame. Remember when I said leave the technical stuff to the guys how wear the big pants. Seriously how do u play a guy in lock down. Shane has been the only two deep guy to get lock down and has done it twice. On offense we’ve had 4 true fesh and a jc and 2 tranfer. There has been 3 freshman a tranfer on defense. I dnt of special teams so last yr class had at least 11. Probably the same or more of the class before. I would have to go through the roaster. And alot of starts.