Zac is one of them, but I bet you can’t name the other four.

Remember when many of us thought Z-Rob was the best thing since sliced bread??

Gundy and his Off. Coordinators have done a great job at recruiting the QB position since his hiring.

Request please. Can you list a couple players like Andre Sexton and Jacob Lacey and what they were rated out of high school- Can you list the top 5 recruits and then 3 other players each class that were good
Or simply Top 5 players in actuality not rankings in each class. Just 5 best players not 5 best on paper which half may correspond half may not like Andre Sexton and Jacob Lacey (NFL guy).

Top 5 players in each class, On the Field would be nice way to write these articles- not on paper but on the Field.

Looking forward to these reviews and all the memories that will come.

It’s depressing to me that he recruited better in his first year than his most recent year. Smh…

Ahhhh I love these pieces. Looking forward to more.

I was thinking the same as @chris28 when I saw the headline! This could be endless content for you guys

I think the top six best careers is pretty easy for this class (not necessarily in this order):
Zac
Lacey
Sexton
Brady Bond
Matt Fodge
McBean (aka McNasty)

Considering it was a made scramble by Gundy and DeFo to keep guys committed and close on extra commits after Gundy’s promotion to HC, I actually think this class was somewhat impressive in hindsight, as most of the guys who hit were multi-year contributors.

Though there were obviously a lot of washouts (including a couple who were featured prominently in “A Dirty Game”), I think that is to be expected for a transitional class.

An article like this is a nice change of pace as filler in between football seasons. Rather than just articles about what the team might be like next season, we go back in time to see how things actually turned out for Gundy teams. As for other filler, can someone please start a campaign calling for Gundy to get a real haircut. I would personally donate some of my paltry Social “Security” check to pay for that haircut, tip included. Is that little barbershop that was located next to the original Hideaway Pizza still in business? I got haircuts there from 1966-1970. Can’t recall the name of it. Probably Campus Barbers or Varsity Barbershop, who knows?

This site allows you to toggle between years and see data on all recruits. There is a wealth of information on the site under FB Rec. 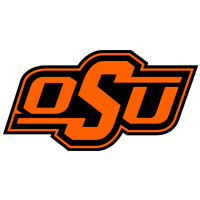