A look at what should be a uni rout.

I think the uniforms were already announced. 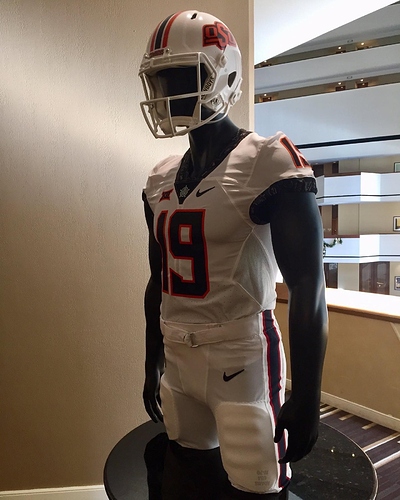 Why am I so frightened by the neck on that manikin?

I’ve been doing some research on the unis… these look like Houston Texans’ pants. A&M posted a similar photo with an NFL badge on them - which you can just make out on left thigh. Coloring is also off for OSU.

Not saying we aren’t wearing these, but I thought it was interesting.