I know I’m gonna get some flak here, but is Cunningham a program changer for us? I believe it would’ve been a failure for us not to get him. No matter what Boynton says we hired his brother to get him. Heck Cunningham even said he was pretty close to picking another school, only chose us because of his brother. He’s a 1 and done. I just don’t see 5 star kids rolling in here every year now. Don’t get me wrong love that we got him and can’t wait for next year, but let’s slow down and this being a program changer.

It literally is a program changer though. Highest ranked recruit we’ve ever gotten, he chose OSU over just about every blue blood program out there, and he’s already recruiting other big impact recruits. I would agree him choosing us doesn’t make us Kentucky overnight but what it does do is get us the next step towards what we used to be and frankly should be. Trajectory is change and Cunningham choosing OSU just makes that upward trajectory more rapid.

I respectfully completely disagree with what you’re saying. You are probably right in that we will not likely get a 5 star every year, but with how Boynton recruits and who he goes after I would put the odds at about fifty-fifty. Also I would not say the only reason he chose us was his brother, and Corey Evans seems to agree. If you want your program to change and evolve to the point to be able to compete on a national scale you have to recruit and bring in the players to be able to do that. This years class and next years class are the beginning of that.

I mean think back to what your question is, Is Cunningham a program changer for us? Or, Is the #2 overall recruit in the nation a difference maker for a program that has been struggling the past 5 years? C’mon man don’t make this tougher than it needs to be.

Honestly, and I’m not trying to be rude here, what is the point of this? To diminish hope? To downplay the significance of a literally elite player choosing OSU over powerhouse teams? To…what, prepare us to go back to mediocrity after brief taste of recruiting success? What’s the goal here?

I’m all for differing opinions, but there’s a difference between ‘let’s slow a bit’ and ‘oh yeah, this ultimately doesn’t matter except for one year’. You are free to see this as an anomaly, but let those of us excited by this be excited for the future.

Boynton has been knocking at the door for big time recruits. Getting one to take the leap and actually say you put a guy in the league will be massive for Boynton’s rep going forward. Don’t underestimate it even though Cade will only be here a year.

He said in his video that he was this close to picking somewhere else but“blood is thicker than water”. I took that as without his brother he wouldn’t have come here.

I’m just pointing out that getting 5 star guys isn’t program changing. Did Smart change the program? I love what Boynton is doing. I think we can become a regular tournament team. But getting this excited and saying this is the moment we changed into title contender is only setting us up for disappointment.

I hope I’m wrong. Truly I do! I just want us to take a breath. 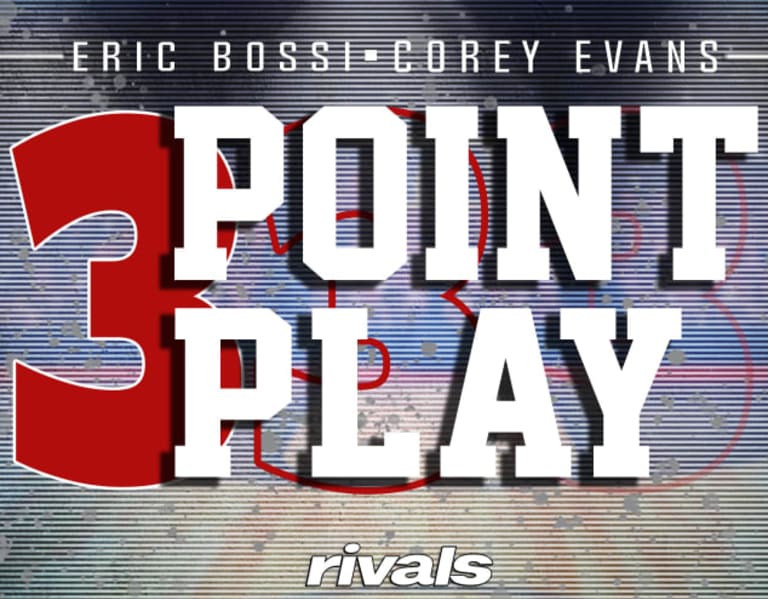 Cade Cunningham's commitment to Oklahoma State was far from a slam dunk.

So what, though? So what if we are getting set up for disappointment? There is an excitement around this team and this program that we haven’t had in years. Literal years. Who honestly cares if it’s temporary? We have hope where we’ve been lacking it. That ALONE makes Cade program-changing.

‘It’s not that seismic an event. Let’s take a breath’ is…that mentality is what has choked the LIFE out of Oklahoma State sports. Downplaying our successes, magnifying our mistakes, falling into that pattern of ‘well, it’s not really that big’ is poisonous. Now, before you take this as an assault on you, please understand that I know that you come from a good place and that you don’t want the fanbase to get hurt, but this entire thread and the mentality behind it just drags us back into learned helplessness.

That’s fair. I only posted this thread because I have seen and heard from some fellow OSU friends that they were thinking the same thing. I thought I’d share the opinion

Smart may have changed the program. Remember how frequently we were on Sports Center when Smart was here? Marcus Smart here, there, and everywhere. (I am one of those with the opinion that the Cobbins injury really affected that team’s ultimate results.) Bottom line - the Smart experience probably allowed Boynton to tell Cunningham that yes, a 5* has come here recently - been the headline guy, had national attention, was drafted in the first round, and has had solid NBA success. Basically - you can achieve your NBA dreams going through Stillwater. If we can do that again with Cunningham… and maybe Thompson… it could demonstrate a repeatable trend.

I get it. I really, truly do. You can ask anyone here - I am not what you would call a positive fan by any means. But I like having hope. I like believing that we can be happy about things instead of the same Eeyore-style ‘it’s okay, this is who we are’ beaten feeling. Maybe Cade is an anomaly. It’s possible. But like I said - he’s given us hope and that alone makes him a program-changer in my mind.

I think with the way that Boynton is setting up, this wont be an anomaly. First to offer Cunningham, one of if not the first to offer Bryce. He is getting in on his guys early and remaining on them throughout. If you do that with consistency and have some success on the court then it is and will be repeatable.

As I said I hope I’m wrong and that this is the beginning of something truly special with our basketball program. I have a problem with being negative sometimes. I say I’m a realist, but I know that its not for everyone. I don’t want to be the reason anyone starts feeling like this is only going to end in failure.

Believe me, I understand where you’re at. But I’m trying something this week and attempting to approach things from a positive perspective. It’s hard, but it’s starting to feel worth it. I got to legitimately, truly, and with no mitigation experience the pure joy of seeing an elite player choose us. That was an awesome feeling and one that I hope we all get.

I can be real and negative with a lot of things but when my cowboys get the #2 overall recruit right when the trajectory was starting to turn, all negativity is thrown out the door. Gotta enjoy the little (or big) things

It’s not that Cade is just a five star. He is the elite of the elite. He is the front runner to be the No. 1 pick in the draft. Not all 5 stars are created equal and comparing Cade to Smart is way off.

I would also argue that Smart was massive for this program and as bad as things have been it would be a lot darker if not for Smart’s two years in Stillwater.

Much like Simmons, Cade will put okstate on a lot of televisions. He will routinely been seen on ESPN in a cowboy jersey. The entire Dallas metroplex will be watching out games. The “program altering” aspect is mostly about the national exposure he will create. I watched LSU basketball when Simmons was there. The same will happen with Oklahoma state. Can’t understate how important his social media presence is. He’s truly a sensation and will be an excellent advocate for okstate athletics on a national level that our basketball team has not seen in decades. You’re right though, that the win column and tournament run may not be the defining success of his time in Stillwater. But the exposure is invaluable.

I can only agree with you in the sense that we don’t know what kind of impact he will have AFTER he is gone. So that’s a fair question to ask…to a certain degree.

However, currently, he is having a major impact. Sports media reported on it across the board. Some of those outlets have specified how insanely of a big deal this is for OSU, specifically.

I’ve always maintained that it’s not the recruits, ultimately, but the performance of the team that will truly get us good attention. So, we shall see how this translates into long-term success.