We do our best to keep you abreast of former Pokes in the Pros on the site, but what about all of our own NFL interests? Who all has a team still in the hunt? Or are there any Dallas fans with hot McCarthy takes?

I’ll confess that I’m a Niners fan who’s just a little giddy about watching a playoff game that I care about finally.

@marshall 's Packers are still in it.

As a San Fran fan, I’m somehow more nervous about playing Seattle and a post-beastMode Marshawn than I am about Aaron Rodgers and Green Bay. Famous last words I’m sure.

I’m a Titans man. Our beating the Patriots was amazing, but now we have the Ravens. My only hope is that karma is cyclical and we can ruin their #1 seed march to the title like they did for us.

I’m a Dallas fan and have accepted that mediocrity will persist as long as Jerry Jones is running the show.

Not playoff related, but this is an insane story. 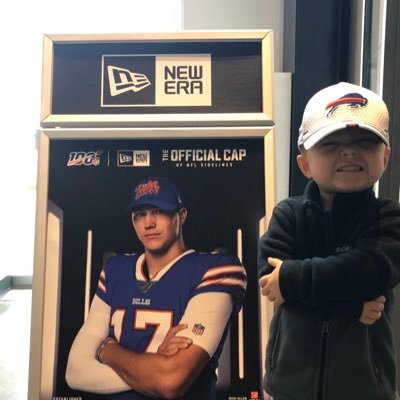 From what I could gather, the poster was sick of a radio host being insulting and belittling to fans (and apparently being abusive to women over DMs), so he wanted to have a talk with the guy, bought a ticket to Baltimore, and was going to visit him. The host got scared, called the cops, and the guy landed, was detained, and had to fly back home for his own safety.

I’m a Colts fan, but I’m so glad the Saints were knocked out. That’s all.

I am a Steelers fan. I can’t stand the Baltihood Prison Birds. It is hard to see Justice Hill play for them but I only root for Hill.

I’m also a 49er fan, Have been for as long as I can remember which is back to Montana/Rice/Craig days. I didn’t understand why my dad started to pull for the Cowboys when we moved to Texas. I still have a Woods 49ers jersey and had a class with him back in the day.

My take is the same as yours - I’ll take the Packers rather than the Seachickens. The immobile QBs who hold onto the ball don’t scare me, but we’ve been burned by the elusive kind. Just hate to pull against our alums on Seattle and Green Bay.

As far as Big 12 fandom, I’d be happy to see Mahomes win. Him and Collin Klein earned my respect and admiration from the other side of the field. I won’t admit to being impressed by OU quarterbacks and can’t bring myself to pull for them.

Thanks for Peyton the last 4 years. Sincerely, Broncos fan.

not looking bad so far

This is kind of off topic but can we talk about that Honda commercial about Mark? Easily my least favorite on tv, I mute it every time it comes on.