The Rundown: Everything Mike Gundy Said at His Pre-West Virginia News Conference

And I said yes dumbass.

After making millions for 18 years I think it is only fair for him to repay money he definitely has not earned.

Are you on crack ? They defer it you idiot so it doesn’t count on the salary cap

I would take Kiffin in a heartbeat over Gundy. Again, anything is better than what we have. And the future is mighty bleak.

I have a feeling you may have played for osu. Probably not good enough to take it to the next level. Now you are like Uncle Rico.

What has Kiffen done in his career ? Won a championship as an assistant you dumbass , had a few runs ins with campus girls. What’s he done ? You don’t have a clue

What has Gundy done?

You answering a question with a question ? Hell Kiffin has been a head man two or three different times

And he hasn’t done chit you imbecile, he’s now up to 9 million a year. What’s he done to earn it

Hey, they have something in common. Completely overpaid.

Looks like we are finally getting rid of him. 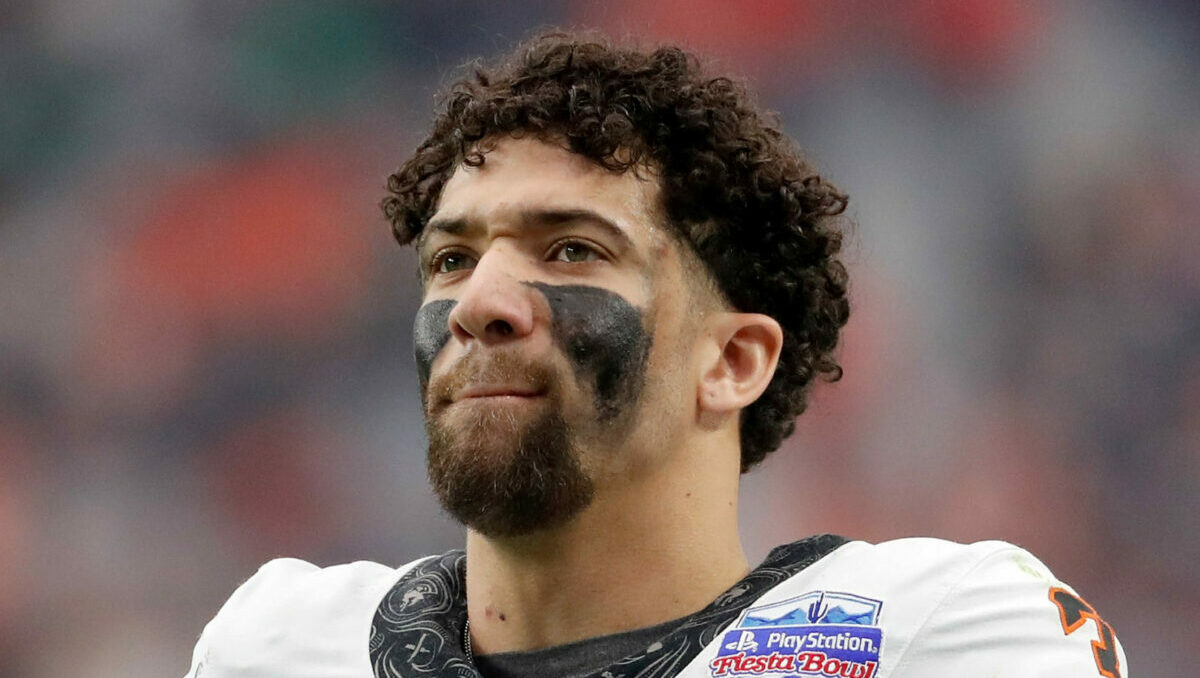 Oklahoma State quarterback Spencer Sanders is expected to hit the transfer portal once the season is over. Will he transfer?

Let’s just fire’em all Bill , that will satisfy you guys.

Would be a step in the right direction. I’ve seen high school assistant coaches call better crap than this nonsense.

Write an email to Weiberg tell him you will pay the payoff to fire them all. Come back and tell us what he says. I would be interested to bb know that

Write an email to Weiberg tell him you will pay the payoff to fire them all.

Or how about we tell Weiberg to stop overpaying for average to below average coaching just based off one good season? We get the best DC we’ve had so far and Gundy gets 7.5 mil a year. Then everyone wants to act surprised we go 7-5?

I think we have had more than one good season. Mississippi just upped Kiffens salary to 9 million ? What the hell has he done to earn 9 million ?
Knowles wasn’t going to stay if we had marched what the buckeyes offered. He gave up 40+ today to Michigan today

I think we have had more than one good season.

You do? How many NY6 bowls or conference titles have we won after 2011?

He gave up 40+ today to Michigan today

How many points has he given up to teams not named Michigan? Plus it’s his first season there and not his fourth. The problem with some people like you is you choose one game out of many and make your decisions. I like to look at the consistency over an entire season. The offense has consistently (more often than not) proven that Dunn isn’t the guy that should be calling plays. They show me (more consistently than not) that Dickey may not ever get his chit together.

You guys biothced about Knowles giving up 17 passes in a row against Baylor, despite holding a top 5 team to 21 points, while not condemning Dunn and his suck chit offense for putting up a measly 16 points in the Big 12 CC game. How much of a giant fuucking hypocrite do you have to be? Don’t give me the chit about Warren not playing or an offensive lineman. Any decent OC would know you can’t call the same chit knowing you’re down those players. Instead, we got the same ole suck chit offensive play calling and stupidity despite that.

You guys are scared. Because you have no excuses remaining for the stupidity we’ve seen this season despite injuries. It’s one reason why you and some other have yet to comment on the WV loss.

What do you consider a good season ? Nothing but a CC ? If so you’re an idiot just like jug and his daughter. Ant 10 win season is good. Hypocrites like you want to arm chair coach when things go bad. Typical goon fan… do i know if Gundy makes wholesale changes this next year, I can’t tell you. This was a bad season, didn’t see much posting from you the first 7 games but when it’s bad the critics come out from under the rocks. You do no good by bashing the coach or any player, you don’t have any influence on any coaching or hiring
Do I want more, sure but Gundy has brought us up to being respected. We never had that before
Scared has never been in my vocabulary